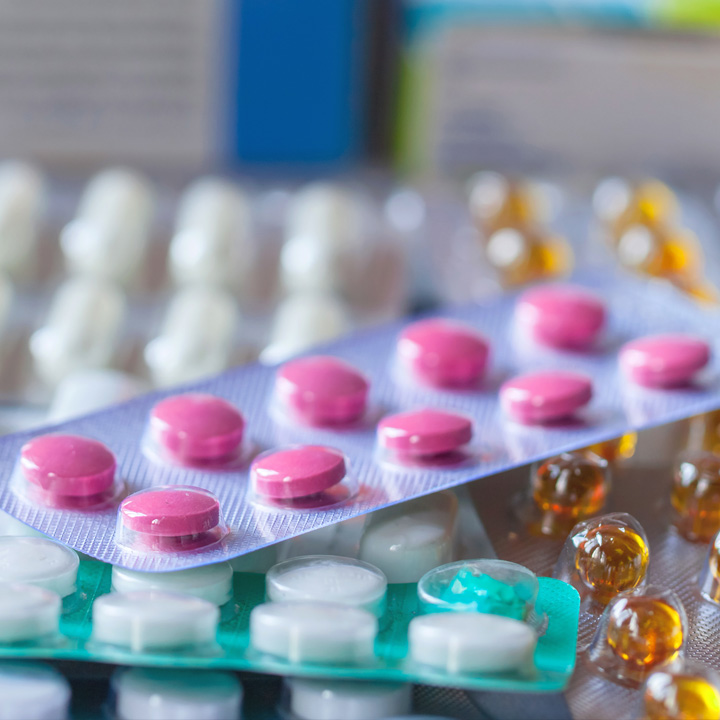 This past Sunday (3/11/18) I was privileged to speak on a panel, addressing the fundamental importance and powerful influence of diet to heart health, at a session of the American College of Cardiology conference in Orlando, Florida. The ACC is a large organization, and its annual conference is a big draw. The result is a rather massive meeting, inevitably housed in a cavernous convention center. Orlando was no exception.

My wanderings through that vast and labyrinthine building prior to my session took me through the exhibition hall, where I snapped the photo shown above. In a space that stretched to the limits of one’s gaze in every direction were sleek displays, ranging from modest to grandiose, of drugs and more drugs, devices and technology and the instruments and procedures of revascularization. All of this vast display, and the implied, monumental mobilization of money, time, training, effort, pain, treatment, recovery, and resources of every description- were for a disease that virtually no one needs to get.

Make no mistake- with very rare, genetically-induced exception, coronary artery disease does not need to develop. In the spirit of all that’s old being new again, this very revelation- rather than the barrage of popular nonsense- was the primary conclusion of Ancel Keys’ famous Seven Countries Study. Keys was among the first to suspect, based on population-wide differences, that coronary artery disease was not an inevitable consequence of aging, as was widely believed at the time, but was induced by adverse exposures and lifestyle practices.

In the world’s five Blue Zones, people routinely live to be 100 in the absence of chronic disease, including coronary artery disease. This is attributable to lifestyle, which is in turn attributable to culture. But whatever the causes, and the causes of those causes of Blue Zone blessings, the fundamental message is perfectly clear: coronary artery disease as a mid-life rite of passage need not occur.

The same compelling message issues from the Bolivian Tsimane, the well-studied population of modern-day “hunter gatherers,” or foragers, in the Amazon. They have stunned researchers with their consistently pristine coronary arteries that show no signs of atherosclerotic degradation across the decades of their lifespan.

And there is evidence, too, that none of the above can be dismissed with a wave of the hand, and a reference to “good genes.” For one thing, the populations above are not genetically homogeneous; they are quite diverse, ranging from Ikaria, Greece, to Okinawa, Japan; from Costa Rica, to Loma Linda, California; and from Sardinia, Italy, to the Amazon. Immunity to coronary disease is courtesy of culture and lifestyle, not ethnicity or some lucky assembly of genes.

For another, it’s perfectly clear that this immunity can be conferred. When Keys first began his work, the premature death rate from coronary disease in Finland was one of the highest, if not the highest, in the world. When the lessons of Keys’ work were applied with fidelity in the North Karelia Project in that country, coronary disease rates dropped by over 80%, and average life expectancy increased by more than 10 years. Migration studies, such as Ni-Hon-San, involving the movement of people (in this case, Japanese) and their genes from one culture to another demonstrate the same: marked variation in disease rates as genes stay the same, but lifestyle and culture change.

Coronary artery disease is fully embraced in our culture as a veritable rite of passage. If, at a certain age, you don’t have a CABG scar for show and tell, or at least an anecdote about the particular intracoronary stent you’ve received, you are the odd man (or woman) out, the cultural anomaly. Real Americans, and increasingly real residents of all the world’s developed countries, get stents! One is all but embarrassed not to have one.

This is as tragic as it is unnecessary.

My view of that exhibition hall, and the scale of that at-a-glance, cultural obeisance to an unnecessary disease of our own devising all but knocked the very wind out of me, and left me thinking of a single word in my momentary disequilibrium: delusion. The disease delusion.

Richard Dawkins, in his book, The God Delusion, points out (among other things) the many, fundamental inconsistencies both among and within the dogma of the world’s major religions. Yet when culture demands faith and fealty rather than consternation and a furrowed brow, that’s generally what culture receives.

More comfortably, perhaps, we might invoke the childhood parable of the Emperor’s New Clothes. Or that ditty about a lump of peanut butter on the chin. The mundane, as readily as the divine, can be dispensed to us as cultural gospel, and we seem inclined to imbibe it accordingly.

But in this case, it is quite literally killing us. Heart disease is the leading, proximal cause of premature death among women and men alike in the United States. The distal, or root causes, are a lifestyle also subordinate to the dictates of culture- a culture that runs on Dunkin; peddles multicolored marshmallows as part of a complete breakfast; and conflates the Olympics with a trifecta of fast food, junk food, and sugar-sweetened beverages.

These human costs- years lost from lives, life lost from years- are what matter most. But for those inclined to count beans rather than lost blessings, the economic case is equally compelling. The most recent issue of JAMA is devoted to the absurdly high costs of so-called “healthcare” in the U.S., and the reasons for them. Left out of that inventory is the monumental prevalence of disease we need not get but choose to manufacture. The drug and device companies in that ACC exhibition hall are beneficiaries of so much coronary disease; so, too, are the many mainstays of our culture outside that hall that profit directly by its propagation.

In our one session at ACC2018, we spoke of the power of diet and lifestyle to prevent, treat, and reverse coronary disease. Although our session was packed to capacity, standing room only, we were nonetheless a tiny and atypical island in the mighty currents of calamitous cultural norms.

The massively impressive aggregation of resources in that exhibition hall delivered the message loud and clear: go ahead and assault your coronaries like everyone else does. It’s fine. It’s normal. We’ve got drugs and devices and doctors for that.

David L. Katz MD, MPH in addition to his role as Chief Science Officer, Dr. Katz is the founding director (1998) of Yale University’s Yale-Griffin Prevention Research Center, Immediate Past-President of the American College of Lifestyle Medicine, and Founder/President of the True Health Initiative. Katz earned his BA degree from Dartmouth College (1984); his MD from the Albert Einstein College of Medicine (1988); and his MPH from the Yale University School of Public Health (1993). The recipient of many awards for his contributions to public health, he has received three honorary doctorate degrees. He holds 5 US patents, with others pending. He invented the research method known as “evidence mapping;” is the principal inventor of the Overall Nutritional Quality Index (ONQI™) algorithm; and invented the dietary intake assessment method called Diet Quality Photo Navigation. He has published roughly 200 scientific articles and textbook chapters, and 15 books to date, including multiple editions of leading textbooks in nutrition. Katz is recognized globally for expertise in nutrition, weight management and the prevention and treatment of chronic disease, and has a social media following of over 875,000.

The Future of Clinical Trials is Virtual

Accelerating Discovery Through a Better Platform